Advice and Tips That Could Help Save Your Relationship 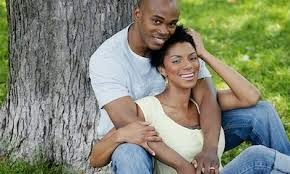 Relationship advice and tips are always a hot topic among any age group, showing that love is not something you always come to understand over time. Different people rub each other in different ways and sometimes things just happen and there's really nothing anybody can do about it. So are there any clear-cut relationship advice and tips that can help just about anybody? Definitely!

Respect your partner's wishes. You may not agree with them sometimes, but never force the person you're in a relationship with to do something they don't want to do. You don't like to be bossed around, do you? Why would the person you love?  Consider your partner's feelings at all times. This pertains mostly to men because they often ignore how the woman feels and accidentally hurt their feelings without even realizing it. Think about what your partner is comfortable with and likes and work with it, not against it. If it's drastically different from what you like or want to do, then you might be better off with someone who is more like you.

Trust your significant other. Trust is a big component in long term and meaningful relationships, and often when there is no trust the relationship doesn't last very long. If one or both of you do not trust each other and drag the relationship on it's going to lead to some pretty big fall downs in the future. Clear up your trust issues as soon as possible and learn to love your partner for who they are.

Don't take a "What's mine is mine" approach to things. Share your belongings with your partner, it will make them feel special and like they're really a part of your life. You may not like letting other people touch your stuff, but if you love each other chances are you'll be living together at some point and then you have to share things with each other. It's not as tough as it sounds.

These are the most all-encompassing relationship advice and tips you can get and will solve or prevent most problems that come along in any relationship. Many people don't realize what they've done wrong until it's too late and it feels awful to lose a relationship because of a simple problem that you could have worked out very easily. If you love the person you're with, you're going to be willing to make some changes and sacrifices to keep things strong and last as long as possible together.
Posted by Leah at 2:42 pm No comments:

Every year, many people seek and find relationships through online dating sites. Just like finding romance the conventional way, there are things that you can do to significantly increase your odds of success. However, the major difference between finding your companion online and finding them in the real world is that there are a whole lot more potential matches for you on the internet. Here are some basic tips for online dating success that you can implement in your search.
CLICK HERE FOR BLACK DATING

The first thing that you should do is to make your profile picture be the best picture of you. With most online dating sites, this is the first impression that you give potential dates and you only get one first impression. Try to make your photo stand out with a hobby or interest that might grab the attention of people with the same interest. Also, make sure you look your best for the picture.  Don't wear sunglasses that hide your eyes. Once you have someone that is interested, you do not want to lose them with a poorly written profile. There are several immediate turnoffs when it comes to profiles. Most people are looking for someone that has qualities such as being educated, positive, upbeat, and honest. Write your profile in a way that is articulate but does not come off as being condescending. Try to convey wittiness with subtle humor, but do not make statements that are derogatory or could be offensive to anyone. Above all, be positive. Negative statements, even making statements about being lonely or coming out of a bad relationship, are a sure way to turn people away.

When contacting other people or building your dating profile, it is critical that you be completely honest. You should never lie or act like someone that you are not. Starting any relationship off with lies and deception is fundamental to failure, especially online relationships. If a relationship becomes more serious, your future companion is sure to find out that you lied. Not good.  Much like your creating your profile, you really have to focus on making the first e-mail to a person that you are interested in count. Your e-mail is their first impression of you, so you will want to follow the same steps listed above and some. In addition, you will want to let them know why you were interested in them.  Complementing them based on their picture or profile may earn you extra points, but overdoing it can be fatal. Try to avoid excessive compliments because the reality is that you really do not know that much about them yet.

Be consistent and responsive. If you are serious about online dating, then you should be available daily. Do not leave people waiting for several days for a response. You will give them the impression that you are not interested or they may think that you are too busy for them.  Most importantly, though, you want to stay safe. Most people using online dating sites are genuinely good people seeking a partner, but there are some bad people lurking in the internet shadows. First and foremost, never give out your personal information such as an address, phone number, or full name.  If you decide that you want to meet the person that you have been socializing with, make sure it is in a safe, public location a good distance from your home. Furthermore, do not give that person the opportunity to see your vehicle or license plate because they could use it to follow you home or get your address. Lastly, trust your instincts. If something does not feel right, there is probably something wrong.
Posted by Leah at 3:25 pm 2 comments:

Be sure to "Fight Fair" in a Relationship 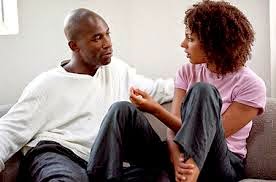 So you should be asking yourself, why is it acceptable to fight dirty in sport or at work, but it’s not acceptable to fight like that in a relationship to get what you want? There’s a simple enough response to that. Your boyfriend/girlfriend is supposed to be your best buddy, the love of your life – hurting them or making them look silly just isn’t on! If you do so, you’ll be putting your whole relationship at risk. Just as there is a sensible way to fight diseases, there’s a correct way to fight your corner in relationships.
Don’t walk away from the disagreement! Doing so is a coward’s way out. If you find yourself getting too angry (which could lead you to bring up something you regret), instead of walking away, take a break for a few minutes, then resume the argument when you’ve carefully considered about how to get across your point.  Don’t go making any threats or demands to get your point across. The whole point of fighting fair is that there are no winner and loser. Instead, the two of you need to reach a compromise together. So making ultimatums or demands is not going to help you to reach that, is it?

Second, remember that under no circumstances can you resort to physical abuse while discussing things with your partner. The same goes for name calling, verbal abuse etc. You must not do it! Don’t deceive or exaggerate to try and pin the responsibility on your partner. Saying “you always do…” or “you never…” is not going to get you anywhere. It’s a blatant falsehood 99% of the time.  Now then, to be able to fight fair, you need to focus on the real reason why you are arguing. Obviously there’s a recent problem that’s caused you and your darling to fight. Stick to that! Don’t just go mentioning something they have done in the past (especially when you have already forgiven it), just because you are losing the argument!

Learn to recognize when you are in the wrong. And don’t be afraid to admit it.
First things first, you need to understand that it’s a good thing for relationships to be competitive. Differences of opinion now and again are a good thing, so long as you both get the time to air your views with the other and sort them out. Supposing one person gets what they want in every argument, that’s no good for other person – there needs to be some give and take, and some heated words are always the best way to achieve that.
Don’t try to read your partner’s mind. Don’t tell them, “you did it because…” or “you always say…” The fact is, this is stupid. You never know what they think! Not really! So maybe you can ask them instead? Try saying, “why did you…?”

Keep to these rules (and it would be an idea to show them to your lover as well), and then any arguments you have in your relationship will be resolved far easier.
Posted by Leah at 3:10 pm No comments: